It’s safe to say that television in some way shape or form has influenced a large majority of the country directly and indirectly. Television both in the 20th and 21st centuries is among the most influential technological mediums due to its profound impact on a variety of topics such as advertising, entertainment, and communication. But if this medium is to be considered among the most influential technological mediums what else and how else could it have had an influence on American culture?

AMST 320: Television in American Culture is a 3 credit course designed around examining the “what else” and “how else” television has affected American Culture. Students in this course will  investigate the economic, social, and artistic implications television has in the United States. This course looks at how this medium’s constant evolution has led to the shaping of United States’ culture in a variety of ways including those listed above. This course will allow you to take deep dive into not only how the television in the past 70+ years has evolved as a medium but also its impact on society as a whole. The course highlights key elements such as a look at the emphasis on rating systems and their influence on production, the philosophies and strategies behind programming, analytical deliberation and much more. 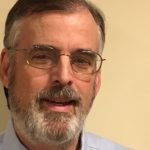 “I was a stand-up comic in San Francisco in the early 1980s, and once got bumped off the stage by an unexpected appearance by the late Robin Williams at the height of his fame! So, I bring a humorous and absurdist point of view to the contradictions that are sometime inherent in American culture, especially our often over the top popular culture.”