“High ideals were besmirched by cruelty and greed, enterprise and endurance by a blind and narrow self-righteousness; and the Holy War itself was nothing more than a long act of intolerance in the name of God, which is a sin against the Holy Ghost.”

The social movement historians call ‘The Crusades’ began in 1095 as a series of armed pilgrimages sponsored by the Papacy, and ended with the destruction of the Crusader states that had been established throughout the Eastern Mediterranean, in what is modern-day Israel, Lebanon, Turkey, Iraq, Syria, Palestine, Cyprus, and Greece. U.S. Presidents, Osama bin Laden, and many others use the word ‘Crusade’ with varying meanings, but all have their root in the social and military histories of Medieval Europe, Byzantium, and Islam.  If you are curious about the society and wars of the Middle Ages and how The Crusades shaped both that time, and modern justifications of ‘just’ and ‘holy’ war, take History 363, The Crusades.HIST 363 – The Crusades examines the origins of the Crusading movement in the Catholic Church’s attempt to reform Medieval knighthood and direct its violent energies outward, as well as in the mass-pilgrimages that were so popular at that time.  It will review both the military history of The Crusades, and the intellectual background of the period, including Catholic Just War theory, Islamic conceptions of Jihad, and Byzantium’s ‘Necessary War’ theory.  Finally, we will discuss how the Crusading movement has affected modern day perceptions of Europe and America in both the Balkans and in the Middle East.  If you have taken any 100-Level Social Science course, and are ready for to learn about the tumultuous and violent period of The Crusades, this is the course for you.

“The original goal of the First Crusade, as it was annunciated in the papal call as well as numerous crusader charters, was to respond to Muslim aggression against Christians in the East and to restore those lands taken by Muslims to their Christian owners.”

HIST 363 is a hybrid course that counts as a Culture credit and a Social Science credit. This class meets once a week in-person at Shady Grove’s campus, and twice a week online. Online work includes watching videos, taking mastery quizzes and discussion postings. 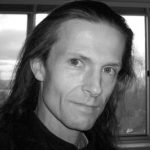 The course is taught by Adjunct Associate Professor John Birkenmeier. He received his Ph.D. from The Catholic University of America in Washington D.C. Birkenmeier is the author of The Development of the Komnenian Army, 1081-1180.